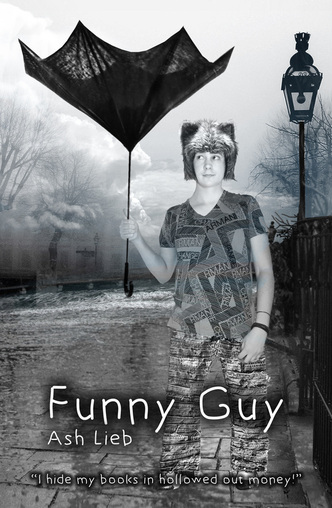 "When I was twelve, I stole the school bus, but the police quickly caught me, as I had to keep stopping every fifty metres to pick up passengers."

"Cockroaches can survive a nuclear war but most of their favorite shops will be gone!"

"People who stick to their guns are severely disadvantaged in a duel situation!"

"I used to read the Yellow pages all the time, but by the end, the Zoologist wouldn't take my phone calls!"

"I think that most Goth people are just fat people wearing black to look slimmer."

"Elephants love peanuts but get so little chance to eat them in the wild. That's why there are so many elephants at the circus. They figured out where all of the peanuts are!"

"When I was little, my mother always replaced the dead goldfish with brand new fish thinking that I didn't know. One day Grampa died and I came home to find this strange old man in the house, who kept trying to show me new yoyo tricks."

"Sir Isaac Newton discovered Gravity in the 1680s. Before then, there were people floating all over the place, and cats and dogs and little old ladies went missing all the time!

"As a child, I had a Jack in the box, but the thing is, he was mostly outside of the box, so I just called him Dave."

"I keep hearing this quote: 'Shoot for the moon. Even if you miss, you'll land among stars!' Uh, no, if you can't even reach the moon, you're going to be about ninety two million miles short of the closest star. Try shooting for a planetarium and maybe you’ll end up in a Starbucks!"